Most winter holidaymakers still plan their journey to the ski area with their own car. However, there is often uncertainty about tolls: do I have to pay tolls on the route during my skiing holiday, and if so, can I arrange this in advance so that I don’t have any stress while driving? SnowTrex provides information about tolls in Alpine countries. 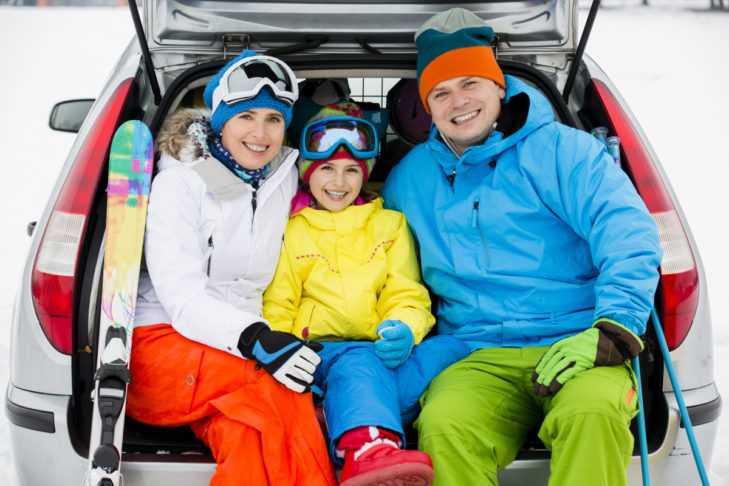 © gorillaimages/shutterstock.de
If you are travelling by car to an alpine country, you should inform yourself about the tolls there.
Index
Tolls in AustriaTolls in FranceTolls in ItalyTolls in SwitzerlandTolls in GermanyTolls in the Czech Republic

Austria is one of the most popular travel destinations for European winter sports fans. If you travel to Austria by car, you should, however, pay attention to the vignette obligation on the motorways. There are different validity periods: ten days, two months and one year. The “Pickerl”, as the Austrians also call the vignette, can be purchased in two ways: the classic variant is a sticker that is affixed to the windscreen of the car in a clearly visible manner. Another quite new variant is the electronic vignette. Just as the classic vignette can be purchased in advance, the digital version can also be booked in advance. Drivers should note, however, that the validity of the electronic “sticker” can begin at the earliest 18 days after booking. The reason for this is Austrian law.

It is also important to know for the car journey to Austria that there are special toll routes such as the Arlberg Tunnel or the Brenner Motorway in addition to the routes that require vignettes and start directly after the border. Here, separate fees have to be paid – or you can opt for a free route.

As in Italy, France also has a route-based toll system and motorways with restricted toll stations. The payment method is also the same as in Italy. In France, the car toll box is called “Liber-t”. Here, too, drivers can save time because the barriers open automatically. In contrast to Switzerland, for example, it is definitely worth looking for alternative, toll-free routes in France. Often the loss of time here is not too large and compensates for the cost savings.

While Austria and Switzerland have time vignettes, Italy has a route-dependent toll system. Here, it really depends on exactly which route winter holidaymakers drive and for how long. Thus, the tolls are also calculated according to the kilometres actually driven. This means that you do not have to buy a vignette or similar in advance – the motorways in Italy are always equipped with toll stations. Here, you draw a ticket that you pay at the station where you leave the motorway. You cannot miss the stations, there is no other possibility than to pass them. As for payment methods, the stations offer cash payment, card payment or payment by Telepass. The latter is an electronic toll box in the vehicle that not only pays off for very regular Italian drivers, but is also available as a short-term variant. Telepass users have the advantage of avoiding traffic jams on the lanes due to manual payment, as specially reserved lanes have been set up for Telepass users. 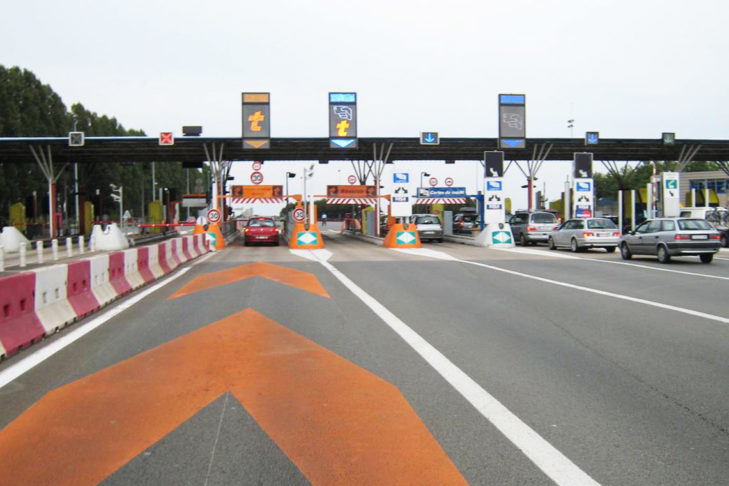 Switzerland, like other European Alpine countries, offers breathtaking mountain panoramas and great ski areas. Nevertheless, vignettes are also compulsory here. Unlike in Austria, this can hardly be avoided for longer distances, unless motorists have a lot of time for free, but rather long bypasses.

In Switzerland, there is only one annual vignette valid for a total of 14 months – including December of the previous year and January of the following year. Only a few routes, such as the Great St. Bernard Tunnel, are not included.

There are only small toll roads in Germany. For example, on the way to the Sudelfeld ski area on the so-called “Tatzelwurm-Straße”. The price for a car is 3 Euro. If you drive from Bayrischzell or Oberaudorf to Sudelfeld, you can avoid the toll station.

Tolls in the Czech Republic

Many Czech ski areas are only a short distance from the German border. However, there are still toll roads where a vignette is needed. There is a vignette for ten days, one month and one year. The Czech vignette consists of two parts, both of which must be labelled with the correct number plate. The larger part is attached to the windscreen and the smaller part to the control station. Sections not subject to tolls are identified by a crossed-out vignette or the sign “BEZ POPLATKU”.