“Skiing is dangerous”, “Skiing is not for seniors” and “Learning to ski is also possible in do-it-yourself courses”. There are many half-truths about skiing. It’s time to get rid of these “wisdoms”. SnowTrex clarifies which wisdoms are right and which of them are simply misconceptions about skiing.

Ski misconception no. 1: Parents can teach their children how to ski themselves

It seems natural to accompany your child during the first attempts at slipping on the practice slope in order to accustom him to the new driving feeling. During the first attempts on skis, mother or father can best take away their children’s fear, but this does not replace the professional ski course. In certified ski schools, professionals are at work who know tricks and tips so that with variety, play and fun, they promote the children’s attention and increase the learning effect. Ski schools also offer optimal training terrain with ski kindergartens, magic carpets and rope lifts. Of course, the learning effect of a professional instruction also applies to older “ski students”. 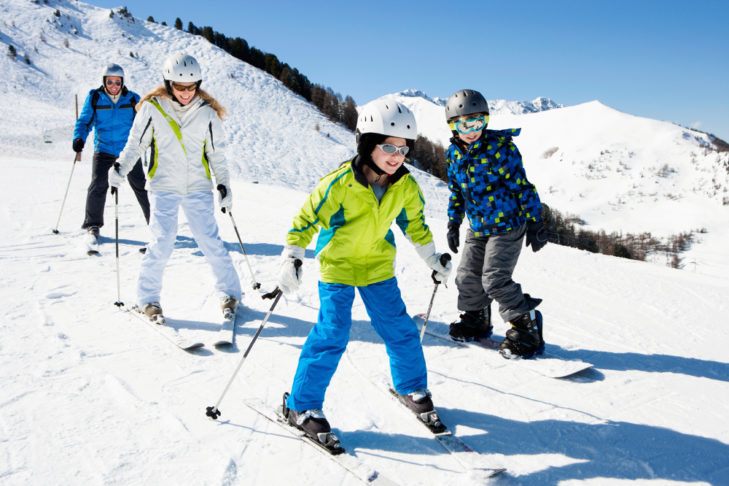 Ski misconception no. 2: Everybody can adjust the bindings by themselves, the most important thing is that the boot is tight.

Almost every fifth ski accident is due to faulty equipment – a large proportion of them could be avoided with a correctly adjusted binding. Ski bindings should never be adjusted using the “DIY- method”, as there are several factors involved in making the optimum adjustment: Body height, weight, knee diameter, skiing ability, age and sole length of the ski boots. These values should be measured at a sports retailer and the ski binding adjusted accordingly. This also flattens the spontaneous change of skis. 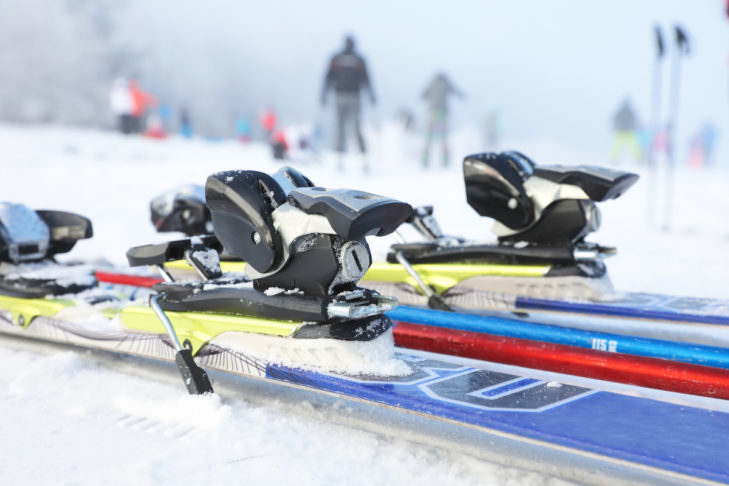 © Nadezda Murmakova/shutterstock.de
The truth: It’s better to have the binding adjusted at a specialist shop!

Ski misconception no. 3: There is nothing wrong with one or two beers at the après ski umbrella.

Alcohol consumption during ski holidays should always be shifted to “after skiing”. It is well known that alcohol in the blood restricts coordination and causes perception problems. But skiing demands exactly that from the body: many partial movements have to be performed simultaneously, the balance has to be maintained and attention has to be paid to the other downhill skiers. Drunk skiers do not only endanger themselves, but also the other winter sportsmen. In addition, the slopes are often slushy and deep in the late afternoon and especially in spring. All the more skill, muscle power and concentration are required.

Ski misconception no. 4: Winter sports are not for the elderly

Not at all! Skiing and cross-country skiing is basically possible at any age. If you want to do winter sports, you should only be fit and adapt your technique to your own abilities. In the second half of life the muscle mass shrinks, the endurance performance sinks and also the balance ability as well as the reaction ability decrease. The skiing technique must therefore always be adapted to the age. Thanks to carving skis, simple and energy-saving skiing is possible. Many ski resorts and ski schools have adapted to the needs of best agers. Discounted rates for senior skiers at the lift and special ski courses help even complete newcomers of the 50+ generation to the first safe descent in just a few days. 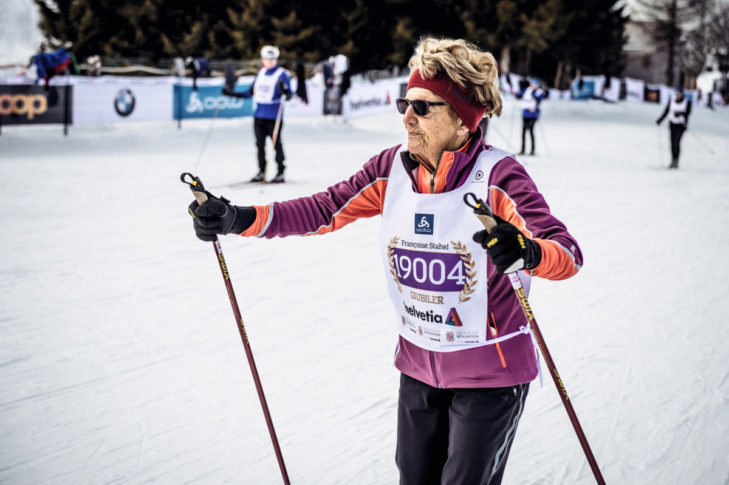 © Switzerland Tourismus - Lorenz Richard
The truth: As long as the state of health is right, winter sports are possible at any age!

The tried and tested ski boots are pleasant to wear and have proven themselves. So why buy new ones? Comfort is not everything and can be dangerous! Over time, the material loses its form fluency, softeners evaporate and the shell becomes brittle and fragile. The firm hold and the power transmission decrease. Also the sole and thus the connecting pieces between ski boot and binding wear out over the years. Safe skiing is no longer guaranteed. Ski boots that are 10 years or older should therefore be replaced as soon as possible. 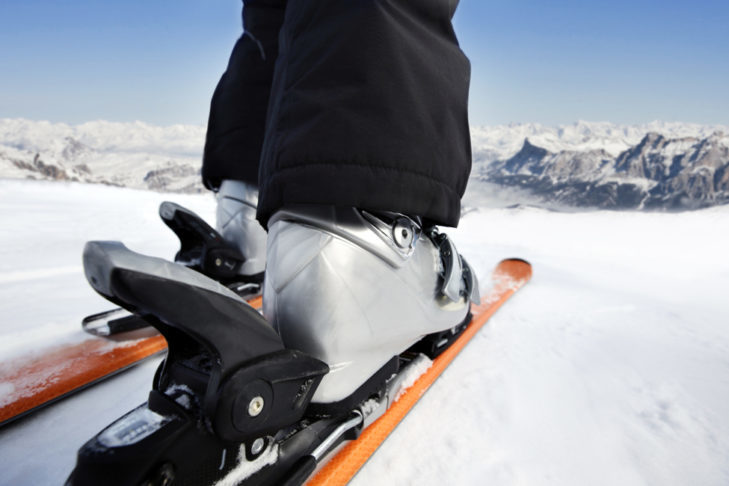 The truth: Ski boots have to be replaced regularly!

Ski misconception no. 6: Shorter skis cost less power and are easier to ski

Although a short ski has a lower resistance to rotation, it has to be driven with a lot of power on the edge. So the skier of a shorter ski needs more power to keep the line in the curve muscular. This means less force for the curve, but more work for the muscles. A day’s skiing can be a bit of a leg strain. Thanks to the waist, many models can generally be used longer again, so longer skis are recommended, as they are more good-natured, forgiving and energy-saving to ski.

Ski misconception no. 7: Artificial snow is hard and dangerous

In principle, natural snow and “technical snow” are nothing more than frozen water. The difference is that natural snow covers a much longer distance from the clouds to the earth. The snow crystals, which are formed by contact with the finest air particles, form better. Since this is not the case with artificially produced snow, it always has a different consistency. As a rule, snow cannons produce fine, dense snow. But even technical snow can be quite powdery if external conditions permit: The colder the temperature during production, the stronger the crystals form – soft powder snow is formed.

© Ivan Smuk/shutterstock.de
The truth: Even artificial snow can be powdery.

Ski misconception no. 8: Off-piste slopes with many lanes are not dangerous

Winter sports enthusiasts should never underestimate the danger of avalanches. An avalanche can also occur on an off-piste slope that has already been used. Many factors such as snow cover structure, slope position and exposure influence the risk of an avalanche. Even with many tracks in the unguarded deep snow slope, it is impossible to tell how old the snow tracks are or what the terrain underneath looks like. The snow cover itself changes continuously due to precipitation, wind loads and temperature developments. Skiing on snow slopes exerts pressure on the complex tension within the snow cover – the snow cover changes permanently as a result. The situation becomes dangerous when individual layers of snow do not form a bond with each other or lose their bond. It is true that the first deep snow skiers did not yet influence the snow cover to such an extent that an avalanche was triggered. Nevertheless, the own ride can be sufficient to cause the snow cover structure to collapse. If you do not know the terrain and know little about the long-term snow cover structure, you should not ride off-piste. Tip: Whenever the orange avalanche warning light flashes at the lift cash desks or at the lift entrance, avalanche warning level 3 or higher applies. Then deep snow skiing is forbidden!

© Engelberg-Titlis
The truth: Avalanches can also occur on off-piste tracks with many lanes.

Ski misconception no. 9: There’s no sun during a ski holiday

Not at all! Especially if you go skiing in spring, you get (mostly) both. Blue skies, sunshine, glittering snow: without headgear, sunglasses and plenty of sun cream nothing works here. And often you come back more tanned than many people who already dared to go to the sea in spring. 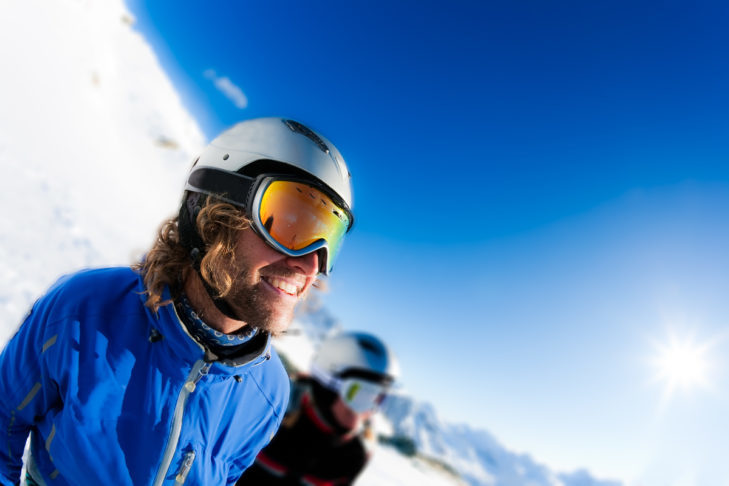 © Roberto Caucino/shutterstock.de
The truth: Spring is the time when there is usually plenty of sun on the slopes.

Ski misconception no. 10: Ski holidays are too expensive

Ski holidays certainly cost a little more than a holiday in a tent on the campsite. However, this type of holiday is no longer reserved for the well-off. Meanwhile there is a whole series of accommodations – particularly in Austria and France – which address themselves to travellers with a not too high budget. And if you book an apartment or accommodation without meals instead of a hotel, the price decreases again. Also important for saving money: book as early as possible and reserve the equipment on site from home if you need rental equipment. Many shops in ski resorts offer generous discounts on online reservations.

© Martin Miseré
The truth: Ski holidays don’t have to be expensive – there are also great offers for young people and families.

Yes, skiing and snowboarding fall under the term “sport”, and yes, ski holidays are “active holidays”. But if you are not the biggest lazybones and know the comforting feeling of “having done something” that is also fun, then the argument is definitely invalid for you.

The truth: A ski holiday is a successful mixture of sport and relaxation.

Ski misconception no. 12: Ski holidays with children are a nightmare

A vacation with children in the snow is qualitatively equivalent with a vacation with the smallest at the sea. Even the hoteliers in the mountains have long been keen on child-friendly facilities and childcare. And for those who like to be on the slopes without their children, booking a children’s ski course or supervision in the ski kindergarten is a good option. On the beach one would have to build sand castles the whole day… 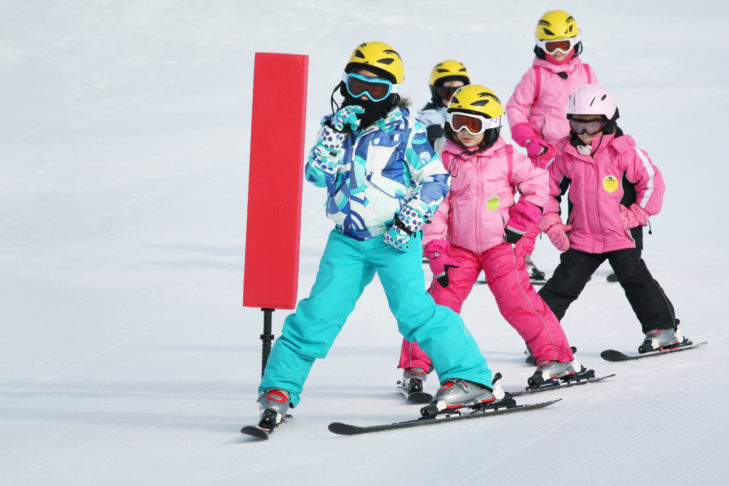 Ski misconception no. 13: You can’t relax during a ski holiday

If one understands relaxation to mean doing absolutely nothing for 24 hours during the holiday, then ski holidays are actually not recommended. For everyone else, a ski holiday is the perfect way to relax: Nothing is nicer than going to the sauna after a day on the slopes, relaxing in the hut with a drink and Kaiserschmarrn to enjoy the sun’s rays or taking an evening stroll through the mountains. And you can also relax wonderfully while skiing: for example in the lift with fantastic views over the surrounding mountains. 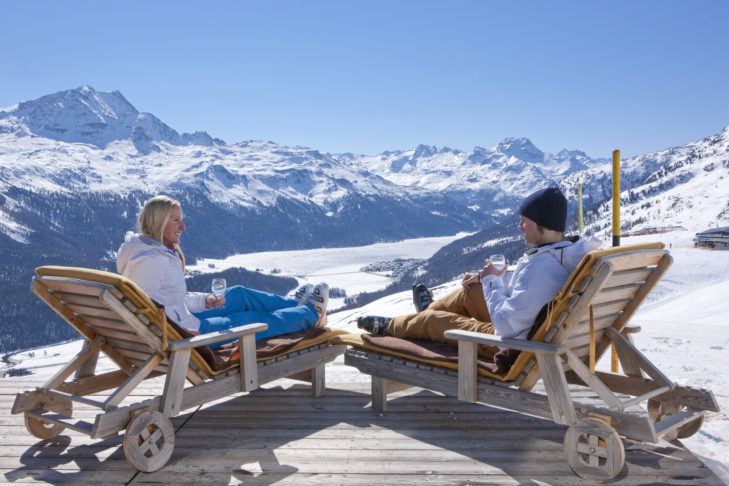 Ski misconception no. 14: Learning to ski is only possible at a young age

As they say, age is only a number. If there’s no medical reason why you shouldn’t and if you generally feel like skiing, then you should definitely try it. The best way is to go to a ski school and book a group course with more or less your peers: This increases motivation and fun. 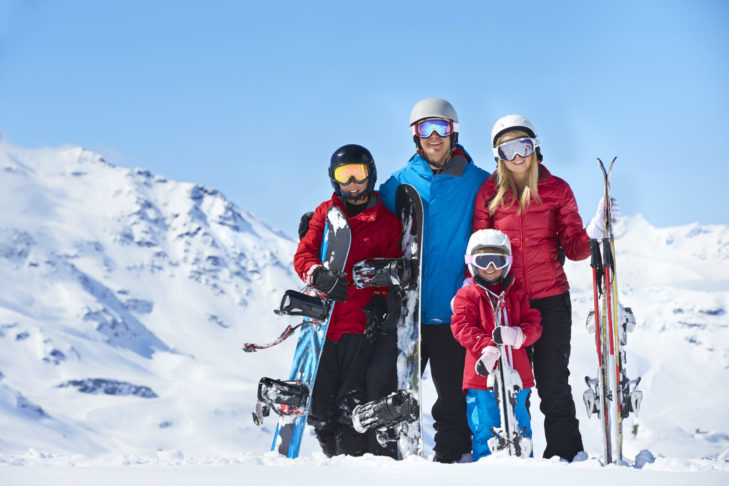 © Shutterstock
The truth: Skiing can be learned at any age.

Ski misconception no. 15: You can only go skiing during your ski holiday

Really? In the beach holiday one does not only lie on the beach. Most ski resorts offer an abundance of other activities: snowshoe hiking, ice skating, sledging, paragliding and much more. If you prefer to relax after a day on skis, look for the nearest spa or go to the hotel’s own sauna. Party lovers, on the other hand, should not miss the opportunity to celebrate extensively with après-ski in the next umbrella bar. 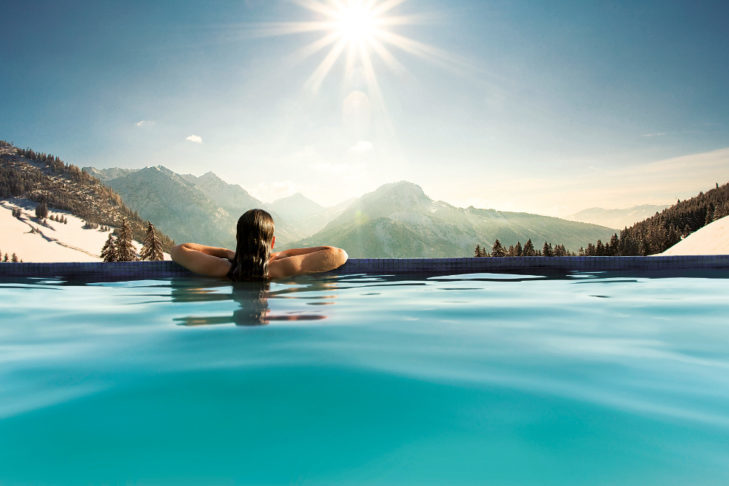 The truth: During a ski holiday there are numerous other offers for diverse leisure activities.