It is the quieter kind of winter sports. Instead of racing down the mountain slopes or jumping over kickers, cross-country skiers glide with flowing movements through beautiful winter landscapes. SnowTrex has put together 10 of the most popular cross-country regions where Nordic winter sports fans will find a wide variety of activities.

More than 10,000 winter sports fans travel to Engadin every year to take part in the local ski marathon. They cover 42 km between Maloja and S-chanf on their narrow skis – cheered on by numerous spectators. However, the region is also considered a mecca for Nordic athletes outside the race. All in all, they will find around 200 kilometres of cross-country trails here. This also includes night trails – on one of them the runners can even switch off the lights themselves. The cross-country trails in the Roseg and Morteratsch valleys are particularly picturesque. 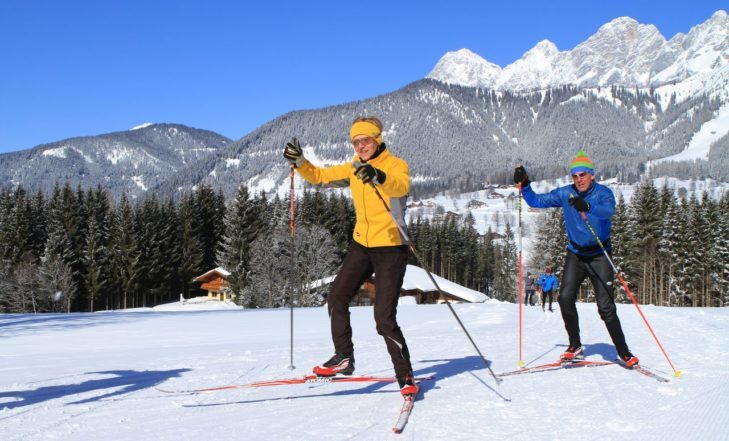 Every year in December, the biathlon elite meets in the Pillerseetal for the World Cup competition. No wonder, as the region is fully geared to Nordic athletes. Cross-country skiing accommodations, guest biathlon offers and biathlon courses, GPS-covered cross-country trails and a total of 150 cross-country trail kilometres – both for classic and skating styles – speak for themselves. The attractive location of the trails in the winter landscape around the Pillersee is another factor.

The cross-country ski runs of the Tannheimer Valley stretch over 140 km. They have been awarded the Tyrolean Cross-Country Trail Quality Seal. If you like, you can even make a cross-border excursion from here: every year, the route to Bad Hindelang in the Allgäu region is also the venue for the cross-country marathon “Ski Trail Tannheimer Tal – Bad Hindelang”. The most attractive routes in the valley are the 12 km long route through the Visalpsee nature reserve and the cross-country trail on the frozen Haldensee.

Autrans is considered one of the most important centres of Nordic sport in France. During the 1968 Olympic Games in Grenoble, biathlon, cross-country skiing and ski jumping competitions took place here. Almost all cross-country ski runs can be reached from the “Centre Nordique”. The total distance is 130 km. There is also a connection to nearby Méandre, so that a cross-country skiing area with a total of 250 km of trails is available. The Ludipark is intended for beginners. 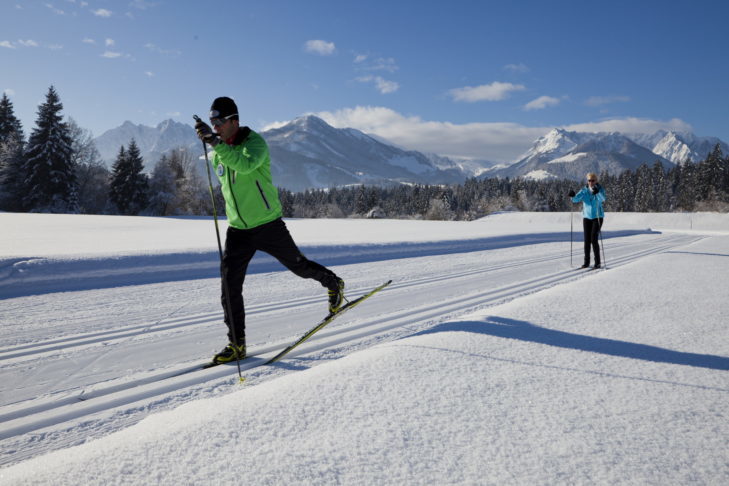 An Olympic champion lives here: the Norwegian biathlete Ole Einar Bjørndalen lives in Obertilliach. Obertilliach is also home to the East Tyrol Cross-Country Skiing and Biathlon Centre, where many national teams train both in winter and summer (on a 4.2 km long roller ski run). In the entire Lesachtal, in which Obertilliach lies, there is a cross-country ski trail network of around 100 km. At the cross-country skiing stadium there is a connection to the Grenzlandloipe, which connects the East Tyrolean valley with Carinthia over a distance of 60 km. Never been cross country skiing before, but you’re interested? The DSV gives tips for cross-country ski beginners.